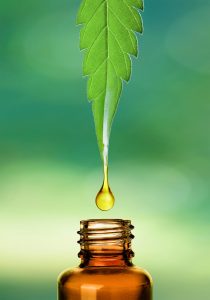 “So what is CBD anyways?”
Is a question we are commonly asked.

CBD oil has become one of the most popular and sought-after supplements in recent years all around the world. Since ancient times, hemp has been used for many beneficial purposes by Eastern Asian civilizations, and China. People have harvested its nutritious oil and woven strong cloth from the plant’s fibers. Recently it has become popular in the Western world, after receiving highly publicized exposure in the media for its natural healing properties.

As the use of CBD Oil is very new, there are still significant gaps in what we know about its effects. While we can confidently say the substance is safe and legal, its exact benefits are still an issue of hot debate and fervent research. CBD, a leading phytocannabinoid that is capable of positively impacting every organ in the human body. Cannabidiol (CBD) is one of the most prevalent chemical compounds derived from the industrial hemp plant. Unlike the more famous molecule, Tetrahydrocannabinol (THC), CBD is completely nonpsychoactive. For decades, medical professionals and the general public overlooked CBD because psychoactive THC, took center stage. Being nonpsychoactive, makes it a good choice for cannabis users or people who don’t want to get high.

Now, the medical potential of CBD has taken cannabis to mainstream audiences. CBD has many benefits that have been reported in a variety of clinical studies and continues to amaze as we discover more. 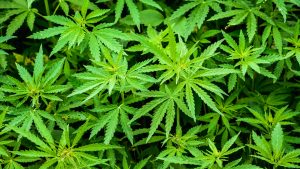 Where Does CBD come from?

CBD is extracted and separated from specific varieties of cannabis, known as hemp. CBD is one of 85 chemical substances known as cannabinoids, which are all found in the cannabis plant. CBD is the second most abundant constituent of the Cannabis plant. CBD is legal and safe to consume, yet has long been in the shadow of THC.

However, here is where the confusion starts.

The most abundant constituent of cannabis is the cannabinoid known as THC, a strongly psychoactive substance that is responsible for causing marijuana users to get “high”, and as a result, its production and usage are strictly regulated.

While CBD is completely separated and isolated from THC and CBD cannot get you “high,” there is still a lot of stigma as many people tend to mistake CBD for THC. These fears, are understandable, especially since the terminology surrounding CBD can be very confusing. 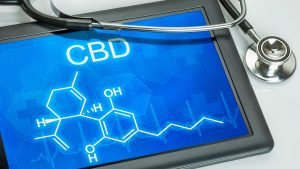 Your body actually has areas that are made specifically for cannabinoids — they are called cannabinoid receptor sites, cannabinoids bind to theses receptors on your cells.

Certain receptors are heavily concentrated in the central nervous system while others are found in almost every organ of the body. Cannabinoid receptors are even found in the skin, digestive tract, and even in the reproductive organs.

These sites make up the endocannabinoid system, which is responsible for numerous physiological and mental processes that occur naturally within the body.

Also, since people often take numerous different cannabinoids together (for example, using medical marijuana), it is hard to attribute specific effects to specific cannabinoids. That’s because unprocessed cannabis includes more than 60 different types of cannabinoids, including CBD and THC.

In addition, some cannabinoids interact synergistically, producing unique effects that are not found when using them individually. For example, CBD inhibits THC’s psychotropic effects when the two are taken together. However, CBD does this (and produces many other effects) without directly interacting with the cannabinoid receptors. At first, scientists thought there was a third type of CBD receptor just for Cannabidiol, but the answer was far more interesting and revealing.

CBD is fairly unique as far as cannabinoids go, because it does not seem to interact directly with either the CB1 or CB2 receptors. So what does it do if it’s not interacting directly with our receptors? 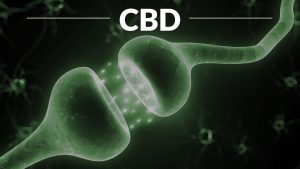 Here’s where it gets good…

Cannabidiol has a particularly low potential for binding with the CB1 and CB2 receptors, but instead acts as an antagonist of the receptors’ agonists. That’s a mouthful.

In layman’s terms, this means that CBD keeps the receptors working at optimal capacity and helps the function of all other cannabinoids, including the body’s own endocannabinoids.

The indirect interactions of CBD with the endocannabinoid system has many effects, some of which surprised scientists and are still being researched.

Some of CBD’s functions include:

Between the above functions, most of CBD’s observed effects are well explained. However, scientists are still unclear about how some effects of Cannabidiol are actually occurring. The most possible explanation is via the hypothetical GPR55 receptor, or through more indirect and synergistic effects that still await discovery.

The indirect nature of CBD’s effects have made it difficult for scientists to pinpoint its exact effects up to now, but many positive effects of this unusual phytocannabinoid are still being studied.

The endocannabinoid system is closely interconnected with the nervous and immune system. Since CBD has been shown to boost just about every function of our cannabinoid receptors, it has far-reaching soothing and relaxing effects.

The Endocannabinoid system as the greatest neurotransmitter system in the body. It lends a hand in seemingly just about everything, including: mood, memory, motor control, immune function, pain perception, appetite, sleep, and bone development.

Four primary purposes of the endocannabinoid system include neuroprotection, stress recovery, immune balance, and homeostatic regulation. The last one is a fancy way of referring to a system that creates optimum energy balance in the body.

Somehow, CBD seems to tap into this balancing system to produce its therapeutic effects. CBD is able to interact with cells in our bodies because the molecule has a similar composition to similar chemicals that the human body produces naturally, called endocannabinoids.

It’s not often that a plant compound can make headlines over and over again. However, CBD is a phytocannabinoid with some amazing potential.

In fact, CBD has only gained mainstream attention quite recently, after the family of one brave little girl decided to throw caution to the wind and speak out about medical cannabis. 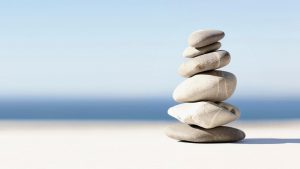 When CBD oil is applied topically, it is absorbed directly through the skin. Cannabinoid receptors are located throughout the skin, the body’s largest organ, making CBD a potential therapy for a range of conditions. Because it is applied right to trouble areas, the CBD hemp oil works directly where needed most.

A 2010 study in the Journal of Investigative Dermatology revealed that the endocannabinoid system is critical to the life cycle of basal cells, which make up around 90% of the cells in the epidermis. Healthy skin relies on the body’s ability to grow new cells and discard dead ones. Manipulation of the endocannabinoid system can help regulate the life cycle of cells for more radiant, youthful skin.

CBD as an antioxidant is even more powerful than Vitamin C, E, A, or omega 3 fatty acids, which are all also present in hemp oil, making CBD hemp oil a good source for antioxidants. Antioxidants protect the skin from free radicals, like UV rays, smoke, and environmental pollutants, is critical in having younger looking skin. Free radicals in the atmosphere cause fine lines and wrinkles; antioxidants protect our bodies from the damage of these free radicals, including fighting the effects of aging.

One study in the British Journal of Pharmacology found that phytocannabinoids, particularly CBD and cannabigerol (CBG), may help control cell proliferation and differentiation, indicating they may be used in novel treatments for skin diseases, but clinical research in this area is lacking.

Like with eczema, researchers are unsure of the exact causes of psoriasis. It is thought to be linked to problems with the immune system, specifically white T cells in the blood. Researchers have seen promise in using cannabinoids through immune system regulation effects. 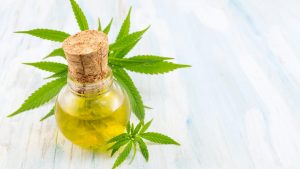 Hemp vs Marijuana : What’s the Difference?

There’s often some confusion between hemp oil vs cannabis oil. Both come from the cannabis sativa plant, but the biology of the two are decidedly different. While both plants contain compounds known as cannabinoids, marijuana contains the most well-known cannabinoid, THC (responsible for the “high” most people associate with cannabis in general) while hemp contains large amounts of CBD (also known as cannabidiol, which contains no psychoactive effects).

Hemp oil contains very little THC. For an oil to be considered hemp, it must contain less than 0.3% THC. Marijuana oil, on the other hand, contains higher doses of THC oil and causes the high most people associate with marijuana. Marijuana oil generally contains 5-20% THC and has a higher ratio of THC than CBD.

Interestingly enough, the high amounts of CBD contained in hemp oil have been shown to counteract the psychoactive effects of THC. For instance, if someone’s consumed “too much” high-THC marijuana oil, a hemp oil could reduce the effects. 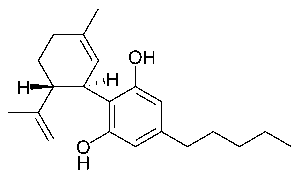 Here’s the main concept to understand, Cannabidiol is still Cannabidiol in regard to its chemical composition, CBD remains unchanged regardless of which plant produces it.

However, the main question people have is not just about the CBD compound, which is constant from plant to plant, but the actual difference in CBD oil from various plants. Naturally occurring CBD is the same CBD regardless of the plant it came from, however, CBD and CBD oil are not in fact the same thing. As we’ve seen above, CBD is a chemical compound, while CBD oil is a mixture of various natural substances as they are derived from the plant of cannabis.

The production of hemp oil involves extracting the fatty acids from the stalks of the cannabis plant. Within these fatty acids fat-soluble substances can be found, and as cannabinoids are fat-soluble, they come out of the plant, dissolved in the oil.

Let’s use an example here. A high-CBD hemp oil product made from industrial hemp. It has a concentration of CBD between 18% and 24%. This means that it has 18%–24% parts CBD dissolved in the actual oil, which is composed by other substances. So 18%–24% is pure CBD, and the rest are hemp oil extracts and other fatty acid substances.

The main point here is that CBD is always CBD, but CBD oil from hemp is not the same as the oil that is extracted from medical marijuana.

The main difference between the two remains that CBD oil from medical marijuana can contain any varying amount of THC. As a result, this type of CBD oil is considered a Schedule 1 drug and is not legal in many states in the US and countries worldwide.

Besides the difference in THC concentration, the CBD oils will also have differing amounts of other cannabinoids. But those make up a much smaller percentage of the overall volume and are not as pronounced in their effects as CBD or THC are. So, if you are looking for a safe and legal CBD oil product, Blue Botanical’s CBD oil produced from hemp is a great choice, because it’s naturally rich in CBD and has 0% THC. 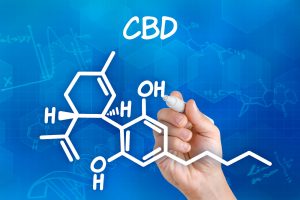 Does CBD Oil Work & Will It Work for Me?

I don’t feel anything yet, what’s going on?
I read it worked for one customer immediately, why isn’t it working for me like that?
How long does it take for CBD to produce results?

If you’re wondering any of these questions, you’re not alone. We have customers report incredible effects immediately, which make us ecstatic. For most of us, though, nutritional supplements can take time.

We’ve found that response times are just as unique as the people taking them. We all have different genetic and biochemical makeups, and individual health issues that can take days or sometimes months to address. The bottom line is you have to be patient and consistent, and know that nutritional supplements work with your body naturally, supporting it to better function on its own. The results come by way of steady improvement, making your health more sustainable to reach a level of life-enhancing natural wellness.

We get many, many reviews and comments from people about how CBD has changed their lives for the better.

Here are some common factors that play into reaching your desired results: